5 Easy Steps to be hired as a Video Game Composer 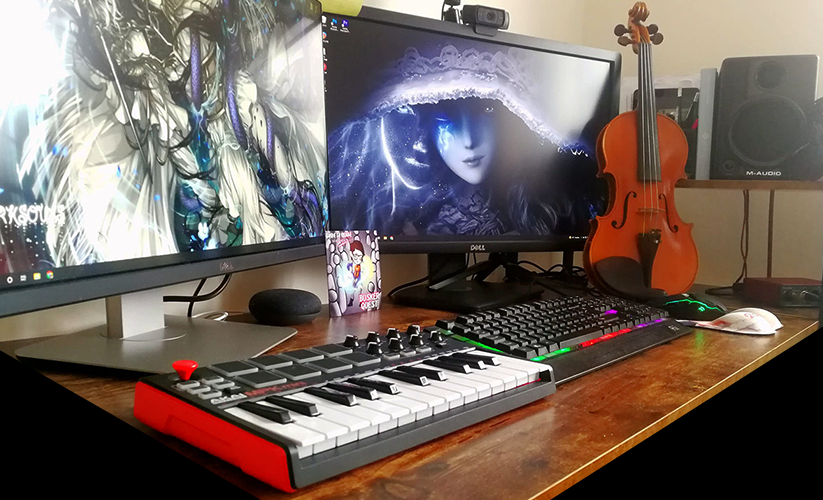 I’m starting this blog with the most disappointing realization that every video game composer eventually discovers: you will never be able to just compose music for a living.

1) Streaming Platforms are your friend.

Streaming rewards composers for creating great music that people want to play over and over. It’s now commonplace for some composers to be able to quit their day job because one of their songs gets included in a few popular playlists.  Furthermore, to be discovered by a game developer passionate about their music gender. Everything is moving to the cloud. So your presence should.

Before releasing your first song or album online: make sure your music is ready with unbiased opinions of strangers, register your music with the appropriate admin organization (I usually go with PRS), register with a sound recording performing right organization, contact blogs or websites, create a Bandcamp Page.

Some good resources to get ready to release new music: How to grow your music audence – How to not annoy people when promoting your music

2) Get Featured in articles

Most game developers read online articles and gaming magazines. If you get written about by a top blog like IGN, Metacritic, The Verge, Gamespot, etc. it can help your chances to get discovered and reached by new interested clients.

First have a local focus, whatever you pitch must be local at the start of your career. Make sure you’re giving important information, better if coordinated with a big event: gaming convention, change of career, viral video, game announcement. It must be press-worthy.

4) Hang out with the cool kids

Follow all local gaming journalists, developers, composers, clubs, and game conventions hosts on social media, and learn. What shows are they frequenting? Are they often in local pubs? Who are they tweeting? Who are they following? Most likely it will be other gatekeepers.
After some time, start interacting with them.

After you’ve been interacting with them for a bit, you’ll know where they hang out. Start frequenting the same venues and get known as positive energy for the venues, as a result, they will be much more receptive when you ask them for something.

For more information about effective Networking, you can read 5 Easy Networking strategies for Video Game Composers.

5) Be a farmer on social media, not a hunter

1 – Advertise to find people who are interested in your music. Do this by offering free music samples or information that presents a solution to Game Developers’ problems. This positions you as an educator rather than someone who’s struggling to get hired as a video game composer.
2 – Welcome them to your community.
3 – Continually nurture them with quality content. Do not make this a constant beg for work. That will become old quickly.

The work will be soon knocking on your door with a DM.

And remember: “Knowing and not doing is the same as not knowing” (Robin Sharma).

Made by Slam Marketing